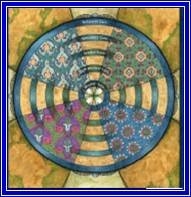 The CHOPS tool helps you explore 10 areas of stress and adjustment. It was designed primarily for mission, humanitarian, and development workers. The first version included seven areas of stress (1990). It was expanded into 10 areas by 1995. The 2012 version has more items relevant for workers from the Majority World. Like previous versions, it is organized in terms of struggles, successes, and strategies and it can be used to explore adjustment for individuals, couples, teams, departments, and organizations.

The latest version (2015) is more quantitative (rating scale) and focuses primarily on stressors for individuals. The results can also be used as a springboard to discuss successful ways that a person has been adjusting well and strategic ways for adjusting well in the future.

CHOPS is an acronym for 10 areas of stress. The  term refers to the ongoing need to monitor one’s wellbeing and effectiveness (WE) so as to not become prey (lamb “chops”) for the the stress-producing wolves in one’s life and work.

Going further, building on CHOPS: We also encourage you to review and reflect on the materials in the article Managing Life’s Meta-4s: Foxes, Giants, Wolves, and Flies.

Hi folks--We want to introduce you to our our colleagues and friends--Dr. Emily Hervey and Dean Mellerstig. In this Update we feature the work of this courageous and innovative couple as they venture into frontline communities in order to provide and develop mental health training and services as well as member care to mission and humanitarian workers. Have a look! ... See MoreSee Less

On the Frontlines of Mission--Member Care Update, August 2022

Hi folks! In this Update we present Pope Francis' current week-long "Pilgrimage of Penance" in Canada among Indigenous peoples and feature his 30 minute address on 25 July (links to the text and to the video). His public apology to Indigenous peoples on behalf of the Church has been long overdue and from our perspective reflects the courage and contrition needed to own the long-term grievous wrongdoings in the past and their ongoing negative consequences. We probe into the crucial need for repentance (including giving and receiving apologies and forgiveness) and its central place in the efforts to further reconciliation (including restoring trust and relationships). It is a tough topic with huge implications for the wellbeing of all people and the planet! ... See MoreSee Less

Hi Folks! We think this is really a helpful, compelling, and understandable Report! Layout is great! Especially encouraging for us is the overall positive tone of the Report (in addition to the stark statistics presented on ongoing global mental ill health and its many underlying environmental-social influences). And we very much appreciate the emphasis on the testimonies of dozens of courageous people with "lived experience" who have struggled to maintain their health and who in many cases have helped to develop supportive community services and improved national mental health services. We can so relate and we think you can too! ... See MoreSee Less

Hi folks! In this Update we share with you 20+ years of the special issues that we have done in member care for the global mission and member care community. Specifically we are indexing and linking three sets of global member care updates that we have compiled from 2001-current. These materials are full of perspectives and materials that continue to be relevant for the mission and member care community! They are a repository of resources that reflect both the historical flow of care and caregivers and the expanding directions and impact of quality member care. To God be all the glory for all 200+ issues! ... See MoreSee Less

Hi folks! What does integrity have to do with wellbeing and sustainable development? Everything! Integrity is at the core of moral health. And moral health at all levels--like global integrity--must be at the core of promoting and protecting wholeness for all people and the planet. There is no "planetary health" without moral health! In this Update we focus (again!) on the very practical and personal linking of our work in global integration with integrity. Specifically we present a selection of five "spotlight events" for you from Global Integrity Day--9 June 2022. The focus this year is on "integrity and corruption in the health sector." Have a look! ... See MoreSee Less