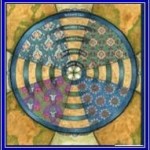 This page includes various sources for member care-related updates. There are also many other updates and sources of updates available. We encourage you to also periodically review the various archives at these and other sites. They provide important tools and historical perspectives for the member care field.

• Resources for Good Practice: Member Care Associates
Monthly updates briefly describing two sets of special resources. The resources are relevant for those with member care responsibility in the mission/aid sector and to help us integrate our lives globally. All of the updates are archived on this site–click the link to review the archives, sign up for free, and access the translation tool. https://membercareassociates.org/?page_id=125

• CORE Member Care: Reflections and Resources for Good Practice
The weblog of Member Care Associates with entries posted two to four times a month.A wide range of topics and tools have been included since its beginning in January 2007.   http://www.COREmembercare.blogspot.com

• Ethne-Member Care Updates
The initial two years of these monthly Updates (25 monthly Updates from November 2006-November 2008) were written/compiled by Kelly O’Donnell and covered a variety of member care topics. They were archived initially on the Ethne to Ethne site (no longer available) and as of April 2022 and archived on the MCA wbsite HERE. Additional Updates were done by Ethne to Ethne from 2009-2011.

• MemCa Global Briefings
From 2001 to 2006 there were 17 Briefings sent three to four times a year. The Briefings contained news, updates, resources, and perspectives on international member care. They ranged in length from two pages to 10+ pages. These initial MemCa Briefings, written/complied by Kelly O’Donnell and formatted by Harry Hoffmann, and are still great sources for providing resources and perspectives as well as for reviewing historical developments of member care. They are archived and available in pdfs HERE.  For current updates and news see the Global Member Care Networks Facebook page.

Hi folks--I imagine most of us recognize the serious reality and devastating impact of corruption and many of its forms in our world. Perhaps the biggest headline on corruption in the last few days is the 'war against corruption' being undertaken in Ukraine as top officials are being confronted and resigning--house cleaning like integrity are always in season. Please do note our comments on all of our susceptibility to the lures of corruption and the many ways that corruption is being enabled. Be the people we need--build the world we need.We hope the information and plenaries in this new Update will be instructive and supportive for you in your work and life. As always please feel free to pass on this Update to others. Kelly ... See MoreSee Less

Hi folks--Our best wishes to you for this new year! In this Update we focus on progress and setbacks in the efforts to realize wellbeing for all people and the planet. Specifically, we present a sample of short reports and/or stories from 2022 (articles, podcasts, videos) from three civil society organizations: the International Red Cross Movement, The New Humanitarian, and Human Rights Watch. Collectively this material represents just some of the main issues facing our world and showcases why these issues matter for 2023. ... See MoreSee Less

Greetings! In this Update we turn our attention to the growing numbers of fellow humans who are in great need of humanitarian assistance, currently estimated to be 339 million people. This staggering statistic of "hurting humans" is more than the population of the United States of America (331 million)! Specifically we feature the Global Humanitarian Overview 2023 (GHO 2023), just launched on 1 December (Michèle attended the live launch at the UN in Geneva and Kelly virtually attended a sequential launch in Riyadh). The report is divided into three areas: Global Trends, Response Plans, and Delivering Better. We share some key figures and messages from the GHO 2023 with hopes that it will spur you on to read more! Our suggestion is that you set some time aside to look through the short and highly readable GHO 2023 Introduction "At a Glance" which includes summaries, infographics, and pictures. We also highlight several key resources from five humanitarian organizations. ... See MoreSee Less

Greetings folks! In case you are curious about member caravans—and how you might be traveling in them with others...Member caravans are nurturing places and spaces for people who have a felt sense of belonging and a common purpose as they traverse some type of challenging "terrain" together, usually for a designated time, long or short. Among other items, check out the five special songs we included with the theme of "traversing tough terrain together" as well as the resources to support spiritual growth and the health and effectiveness of teams and affiliations of colleagues. Grace and peace to you as you travel the many terrains in this life with God and others! ... See MoreSee Less